The following story was submitted by Connor Starrs, a 2015 fellow of The Perfect Game Foundation. 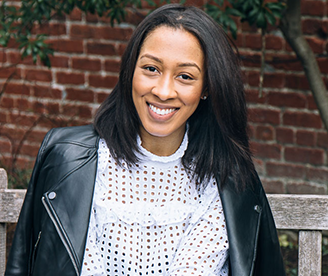 How did working with the Perfect Game Foundation help you?

The Perfect Game Foundation was a tremendous help to me in my job search. Under the guidance of Del Wilber and TPGF, I never felt overwhelmed or pressured. Instead, I felt over prepared and extremely motivated. Del never hesitated to help. I am forever grateful for the mentorship and guidance that I have received from Del and TPGF.

What advice would you pass on (pay forward!) to others who aspire to work in sports?

In pursuing a business career in sports, it is important you understand this process is going to be more competitive and difficult than any game you played in. Similar to playing in the game, your attitude and work ethic are the most important part. You must stay positive and be ready for obstacles that may come your way. You must stay persistent. A job is not going to come out of thin air. Check the job boards daily. Use your already existing relationships. Stay in contact with those in the business. You never know when there is going to be a job opening.

Most importantly, TPGF and Del want to help. Don’t hesitate to call or email. They have been in the same position as you. They are there to help; however, it is up to you in what you to do with their guidance.

Keep your head up and go get it!

A Grand Return and A Gala Event

Hey…  LOOK AT ME!!!  A new blog for the second consecutive week and it’s actually on Thursday, for cryin’ out loud. That’s an all-time record. At least for consecutive Thursdays in May, of 2022, but let’s not be picky. Lots to write about in this one, although probably not quite as much as last week’s […]

Greetings, friends. It’s been a busy and hectic time around here. I guess that’s redundant but I’ve never been afraid of stating the same thing twice, even if I have to state it two times. I did a fun Podcast with Bob Busser yesterday. Bob is a longtime arena and stadium historian on social media, […]

I know, I know, I know. I’m fully aware that I’ve been remiss in my blog duties as of late, but time seems to get away from me on a daily basis. There’s still so much to do with “How Far?” and there are other responsibilities as well. That’s my excuse and I’m sticking with […]