The following story was submitted by Aaron J. Gearlds, a 2011 fellow of The Perfect Game Foundation. 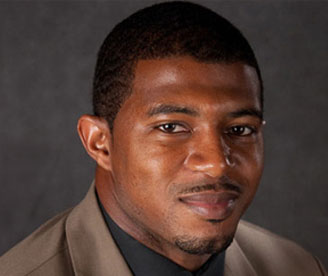 During my trip to Venezuela I had the opportunity to see five different teams play: Los Tiburones, Leones, Magallanes, Tigres, and Los Cardenales. The games were amazing and the passion the fans displayed was breath taking. I learned that there is so much rich history behind each team that distinguishes its fan base. For instance, because the Tiburones have been playing at their current stadium for over 50 years, many of their Venezuelan players grew up as fans. Another tradition embraced by the Tiburones culture is the band that plays at every home game. The members of the band are unpaid, dedicated fans. They are children and grandchildren of the original band members whom have kept the tradition going for more than 30 years. Their loyalty and dedication truly impressed me.

The Tiburones allowed me to spend time with both their baseball and business operations. On the baseball operations side I learned about the rules and regulations that are set for the Venezuelan Winter Baseball League. There are many rules put into play to protect the professional baseball players from being overused, however the most interesting rules regarded the weekly line-ups. Each week there can only be a certain amount of American players on the active roster for each team. These American players can be replaced as needed by the team throughout the course of the week. With such a short season there’s a big push for teams to win as much as possible. This usually leaves a very small window for American players to get adjusted and be productive on the field. The native players are the spotlighted athletes of the league. Most of these players grew up playing in the parallel league, which is the minor league system for the winter baseball teams.

The business operations side of the Tiburones was run much like teams here in the United States. The team received majority of their revenue from sponsorships and network deals. The network contracts are handled by the league and are divided up amongst each of the teams in the Venezuelan Winter Baseball League. Ticket sales are always important because it’s a direct source of revenue for any sports team. On the other hand, merchandising is a big challenge for the Tiburones organization due to third party distributers selling similar team merchandise for a much lower price in the surrounding areas outside of the stadium. Even though the merchandise isn’t authentic it’s still a big hit amongst the fans and therefore cuts into the revenue that can be made by the Tiburones organization. With all the daily challenges encountered by the team, they still manage to present a unique and exciting experience for the fans.

In all my years of playing baseball I had never been in such an exciting setting as the one I experienced during my time in Venezuela. The fans were extremely passionate about their teams win or lose. Each and every one of the fans seemed to have a sense of ownership in their respective team. This brought about a level of passion that I cannot accurately describe.

I truly enjoyed my time in Venezuela learning about the Winter Baseball League. I express my sincerest gratitude to Mr. Francisco Arocha for opening up the doors of the Tiburones de La Guaira baseball organization for my learning experience. I am especially grateful for the staff of this great organization that made me feel like I was a part of the Tiburones family. I am extremely appreciative for the opportunity given to me by The Perfect Game Foundation and I am proud to say that I am a newly found fan of the Tiburones de La Guaira baseball team.

Oh The Many Shirts I’ve Worn… And Jackets & Shoes Too!

Yes, I’ve been away from blogging for a while. I could list all the interviews I’ve done in support of my book How Far? (and that does take up a lot of time and mental energy) or I could fabricate totally made-up stories about how far I’ve traveled recently, or maybe even abducted by aliens, […]

Life On The Road

At the end of 2015 I officially retired from my life on the road. How long had I been traveling? Basically since I was in the womb. In the Wilber family, my father was always traveling thanks to his lifelong employment in baseball. My childhood was filled with annual trips to Spring Training (either on […]

Maybe The Grass Is Greener Over Here

I know it’s been a while, if by “a while” you mean nearly a month, but when your PR agency is keeping such a constant flow of leads and introductions coming your way, and you’re scrambling to keep them all organized, answered, and scheduled, there’s not much time for blogging. I’ve got a break until […]